Biography of the Director 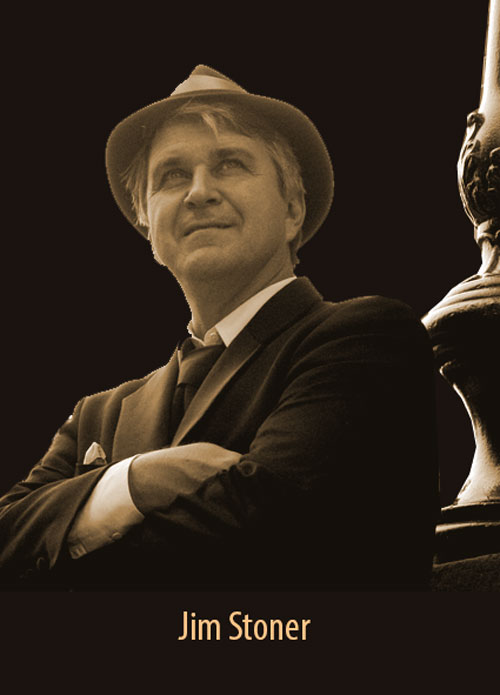 Jim Stoner has always been an avid student of history, and drama which was complimented by a yearning to learn, as the late Paul Harvey immortalized “the rest of the story”. Jim was raised in the tiny burg of Rushsylvania, Ohio where pick-up football and baseball games were a constant. In fact, he is still connected with a group of backyard football enthusiasts that have even outlived the school that was home to the field. His older brothers inspired him to get involved in theater and music as early as he could, which began with a 7th grade Melodrama. When not playing in the neighbor’s yard, he was flipping through history books at home, either fictional accounts of the old west, or American history. As a teen, he stumbled upon a book chronicling the history of professional football, which sparked an interest in the topic that tied two of his passions together. At this early age he was fascinated by the fact that the NFL was actually born in his “back yard” of Central and Northern Ohio.

Armed with this historical knowledge over the years, it had mostly served as a great conversation starter, particularly while he attended OSU. Jim maintained his interest in the Arts and Music, staying involved throughout high school and college. While at OSU, Jim was a leader of the OSU Men’s Glee Club, performed with “The Scarlet and Gray” swing choir and did a number of shows produced by the OSU Drama/Music Departments. This time at OSU proved invaluable while he learned more about theater, and experienced the magic and mayhem of one of America’s great football cathedrals, “The Shoe”, which was built by legendary great CHIC Harley.

After College, life took over, as it does for so many, and though Jim dabbled in the Arts, he largely abandoned any personal involvement for many years. In the mid 1990s, Jim reconnected with the theater with the building of The Johnny Appleseed Heritage Center and outdoor Drama. He was selected to perform as “Johnny Appleseed” all over Ohio, and ultimately returned to the stage as a cast member in the shows original cast. While doing so, he lived in Shelby, Ohio, and stumbled upon an interesting photograph of a team that peaked his interest from his youth. It was team from 1902 which prominently focused on a young black man in the center of the team. It was in the Shelby Museum of History and was a picture of the Shelby Athletic Club Football Team. Sally Maier, the curator, explained to Jim that it was Charles Follis, the first black man to sign a contract to play professional football. At that point, Jim began mapping in his head how to go about bringing notoriety to this pioneer’s story.

Jim has become increasingly involved in theater again since marrying Amy K. Clawson (now Stoner), and making a home in Knox County. He has kept very busy on stage with the Mount Vernon Players, and in particular with the Chatauqua Series in Mount Vernon, produced by Elixir Presents, and Mike Petee. Through this collaboration, Jim, and Amy have brought many living historical characters to life, in the name of living history. Jim has staked claim to such characters as “Frank Sinatra”, “John Lennon”, “Edgar Allen Poe”, “Paul Lynde”, “JFK”, “Will Rogers”, “Bogie”, and athlete “Jim Thorpe”, to name a few. Amy also has appeared as a variety of stars.

“The Black Cyclone” is Jim’s first full-length work, but hopes more will follow, including a screen adaptation of the Charles Follis story.

Jim is most grateful to his wife Amy for her keen theatrical eye, kind criticism, encouragement and energy to help make this happen. He also wishes to dedicate this inaugural show to his parents, siblings, and children (Jameson, Jacob, Jessica) who always encouraged his “theatrical directions”. Also to all of those “unsung heroes” who have offered words of support, encouragement and interest in seeing this project come to fruition.