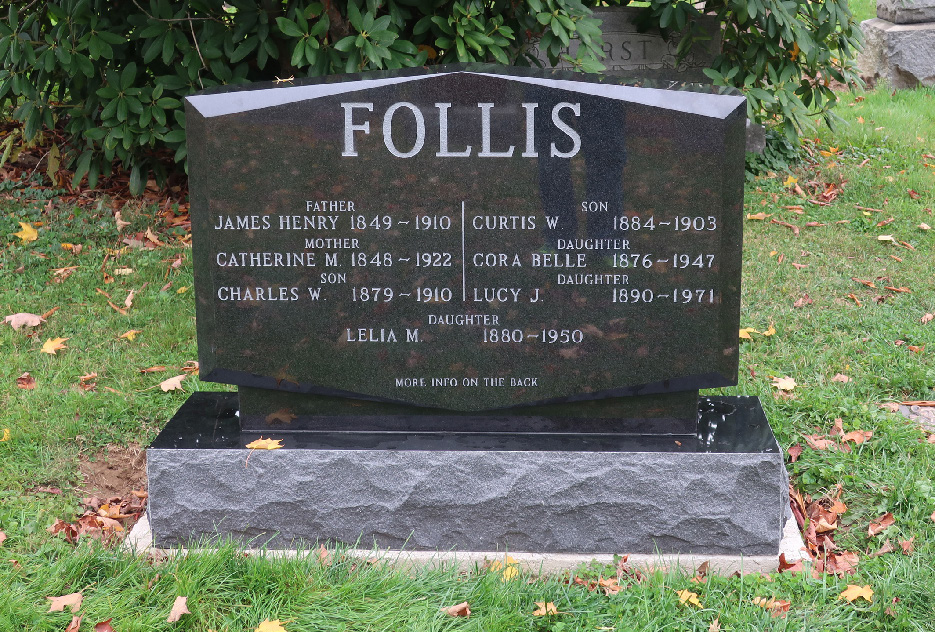 Wooster Cemetery 983 Madison Ave., Wooster – Up the hill from the chapel toward the cemetery entrance, a new headstone here memorializes Charles and his family.

Charles’ story begins when the family relocates from Virginia and sadly ends in 1910 when Charles, after overcoming extraordinary racism, and building a professional career in baseball (Cuban Giants, Trenton, NJ) and football (Shelby Blues) sadly passes at the young age of 30. One may notice that Charles’ younger brother Curtis also passed at a young age, 16, while playing football. Charles’ father, J. Henry, passed the same year as Charles. Joseph Follis, Lucy Follis and Alice Follis-Woods are also interred in this cemetery. Though the family, and in particular Cate, endured incredible hardship, ultimately the family gained respect through their hard work and faith. Charles was finally recognized in his hometown, and across America. In 2018, February 3 was officially declared Charles Follis Day in Ohio. In 2020, a new headstone was placed to honor the Follis family. The original marker, faded and crumbling, has been donated to the Wayne County Historical Society, while the Charles Follis Memorial Committee insured that Charles and his family be recognized appropriately.

Note: Alice (Section 20), and Joseph (Section 8), Charles’ younger siblings are also interred here, but not included on the original headstone. 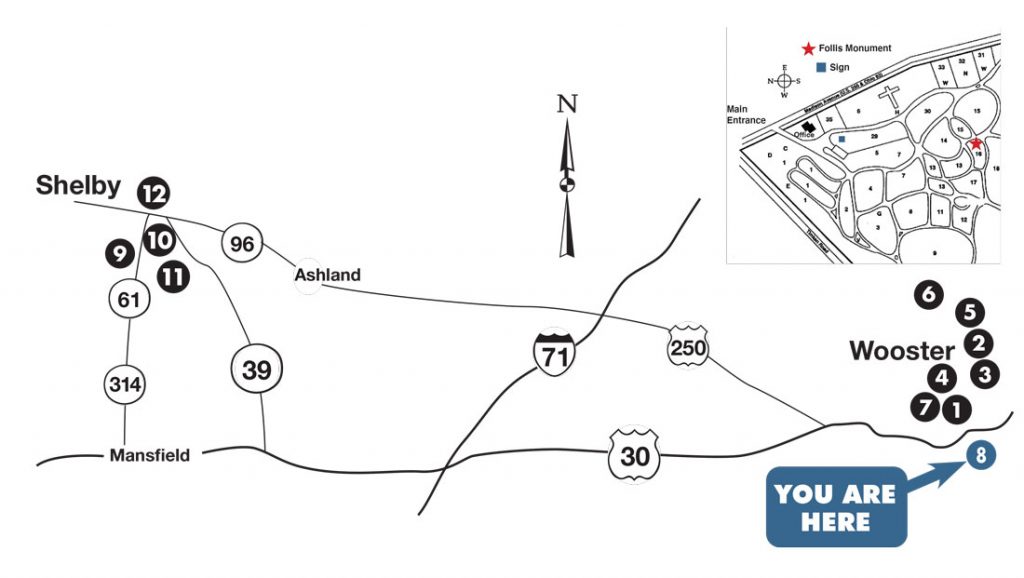