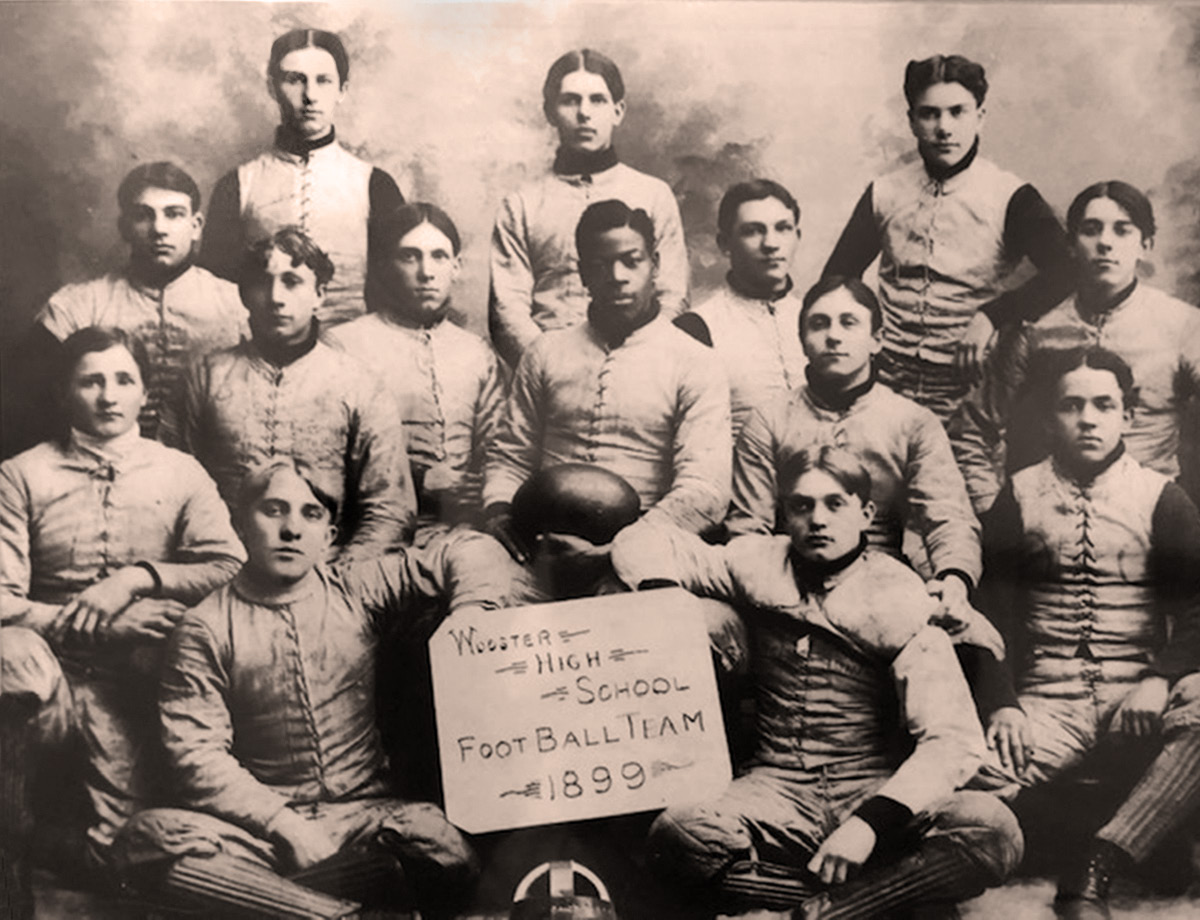 Wooster’s Athletic Field is named Follis Field for Charles Follis. Born in 1880 to Catherine and J. Henry Follis in Cloverdale, Virginia. Charles, with his family, moved to Wooster, Ohio in 1890. Charles excelled in baseball and track and field and in 1898 became the captain of the first Wooster High School football team. As Captain, Charles lead the team to two undefeated seasons and earned the nickname “The Black Cyclone”. He went on to play baseball for Wooster University and football for the Wooster Athletic Club. Charles soon faced the tough Shelby Athletic Club (later, the Blues) and owner Frank Schiffer. Schiffer said, “I never want to play against him again,” offering Charles a job and a place to live in Shelby, Ohio. Eventually, Charles was paid $10.00 per game as the star player of the Shelby Blues until 1906, when he retired from football due to injuries.

While in Shelby, Charles’ ability and character impressed his teammate Branch Rickey. Charles Follis finished his pro sports career as a standout catcher and slugger for The Cuban Giants Negro League from Trenton, New Jersey, and sadly passed in 1910 after contracting pneumonia at the age of 30. He is buried in the Wooster Cemetery with his family. In 1947, as fan interest in Major League Baseball was waning, Branch Rickey (remembering his old teammate Charles Follis’ character and ability) signed Jackie Robinson to the Brooklyn Dodgers. This signing broke the race barrier, bringing an end to segregation in professional baseball.